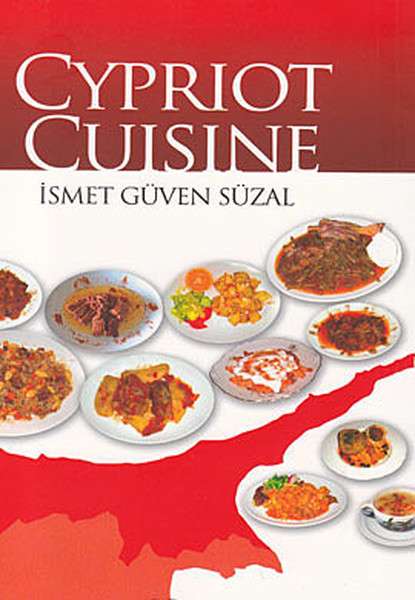 
Up until 20 years ago. Turkish Cypriots were not used to eating outside at a restaurant. Everyone cooked home and with family members gathered. The meal times turned into a feast. It is the reason why Cypriot cuisine has remained unchanged and original. The main reason of Cypriot to be rich in vegatable recipes is the abundance of rooted plants and vegetables with leaves on the island.

Although Cypriot cuisine has remained under the influence of Anatolian. Middle Eastern and Arabic culinary cultures, it has maintained its original taste and delicious flavor.

Squeezing lemon juice and olive oil to every dish is a tradition that belongs to Cyprus.

While increasing fast-food and fusion food culture is an enormous. threat to the Cypriot culinary culture. I am happy to say that this book of recipes is a great opportunity for Cypriot cuisine to maintain its orginality and prevent it from fading away in time.