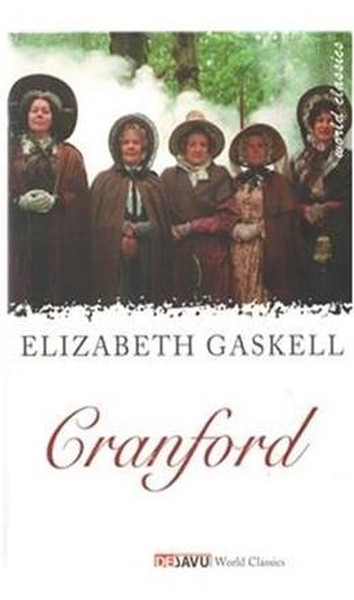 The English author Elizabeth Gaskell (1810-1865) wrote sociological novels that explored the ills of industrial England and novels of small-town life that are penetrating studies of character.Elizabeth Cleghorn Stevenson was born on Sept. 29, 1810. Her mother died shortly thereafter, and she was sent to live with an aunt in Knutsford, a village in Cheshire. At the age of 15 she went to school at Stratford-on-Avon, where she remained for 2 years. She married the Reverend VVilliam Gaskell on Aug. 30,1832.The couple settled in industrial Manchester. There Elizabeth observed the extreme hardship of the workers and their struggles with the owners for a greater share in the profıts of the milis. Her observations provided much of the background for Mary Barton (1848), her fırst novel. it was begun in 1845 to relieve her grief at the death of VVilliam, her fifth child and only son, and completed during intervals in a busy family life. İt centers on a sensational murder but was written with the serious purpose of pointing out what John Barton, Marv`s father, called the "right way" to remedy the ills of the vvorkers. This is essenfially a change of heart in worker and owner alike. The novel was both praised and damned, but it was an immediate success.Because of Mary BartonGaskell was asked to contribute stories to Charles Dickens`s magazine Household Words. "Lizzie Leigh," which dealt with illicit love and illegitimacy, appeared in the fırst issue. Its themes were developed in Ruth (1853), in which Gaskell again called for a change of heart in the public.Then Gaskell turned from the sociological novel to the novel of village life. Sketches which had appeared in Household Words were published as Cranford (1853). Drawn from the people and scenes known during her childhood in Knutsford, Cranford was far less sensational than her earlier books but no less interesting. The humorously depicted incidents and sharply observed characters capture the attention today as in the 19th century.in North and South (1855) Gaskell returned to the sociological novel. Then, because of her friendship with Charlotte Bronte`, Gaskell wrote The Life of Charlotte Bronte (1857). She was quite unlike the intensely introspective Charlotte but extremely sympathetic to her. Though the book did not teli the vvhole truth about Bronte^s life, it was a remarkably revealing biography.After the biography came Sylvia`s Lovers (1863), a historical novel, and Wives and Daughters (1866), a novel of life in a quiet country town. Unfınished at her death, Wives and Daughters is Gaskell`s most mature treatment of character. She died on Nov. 12,1865.