Commagene; The Land of Gods between Taurus 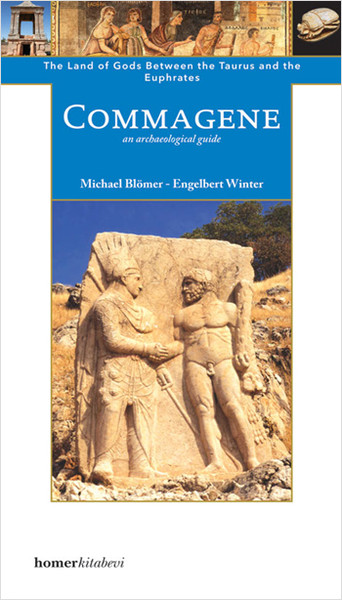 Commagene; The Land of Gods between Taurus

Commagene; The Land of Gods between Taurus Kitap Açıklaması


The country of ancient Commagene spreads between the Taurus Mountains and the Euphrates in South-Eastern Turkey. Located at the eastern fringe of the Mediterranean world Commagene has been a border region for many centuries. Rooted in Near Eastern traditions the country was exposed to frequently changing religious systems and political powers. Greeks, Romans, Byzantines, Arabs, Armenians, Seljuks, Crusaders, Mamluks, and Ottomans have left their mark on the fertile valleys and the barren hills. There are famous and much frequented places like the grave tumulus of the Hellenistic king Antiochos I on the Nemrut Dağ, which is inscribed in the UNESCO world heritage list, or the roman city of Zeugma with its splendid mosaics. However, a considerably larger number of attractive monuments and sites - ranging from Hittite reliefs to impressive medieval castles - are to be explored in Commagene. This richly illustrated book provides a broad overview of the most important sites and their historical background. It aims at travellers in the region as well as readers interested in the history and archaeology of ancient Turkey.