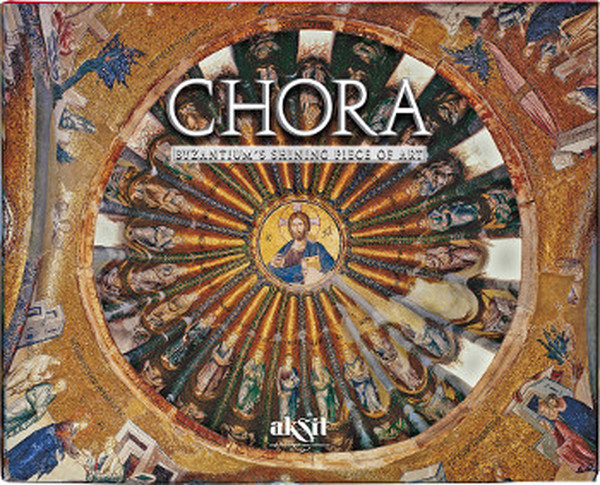 
Located in the Edirnekapı neighborhood of Istanbul and dating as far back as the 6th Century, the Church of Chora Monastery (Kariye Mosque) stands out as a noteworthy Byzantine work of art in the world of art history with its mosaics and frescoes. The monastery was renovated during the Palaeologos Dynasty, also known as the "Third Golden Age" of Byzantine Art, and has spectacular mosaics and frescoes which are at the heart of our work. Before studying these mosaics and frescoes in our book, we provided the vast history of the period in an effort to clarify the themes featured on the panels. Also included in our book is the life story of Theodore Metochites, a versatile administrator and the person behind the creation of the mosaics and frescoes of the monastery which represent the most beautiful examples of Byzantine art. There are mosaics in the exterior and interior narthexes of Chora depicting the lives of Jesus and Mary as well as religious stories, while its domes, arches and walls have both mosaics and frescoes concerning subjects that are interrelated and depicted mostly together and sometimes in different locations. For a holistic recounting of those related depictions that are placed independently from each other, repetitions were necessary at times. In addition to this world-renowned church which we tried to present to you within a broad time line, we also covered the other churches in Istanbul that belong to the Byzantine Period, in the last section of our book. We ended our journey with these churches and monasteries, which are also significant in Byzantine history...
(Tanıtım Bülteninden)