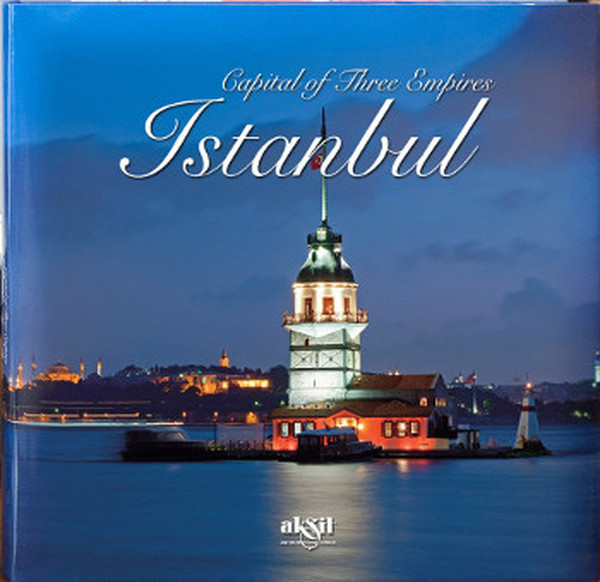 
Istanbul, which was the capital of the Roman, Byzantine and Ottoman Empires and which has an accumulation of culture unprecedented across the world, was lucky that nature too has been very generous with it. Given these characteristics, it would not be unfair at all to say that "this city was created by nature to be the capital of the world". The fact that churches and synagogues are lined up besides mosques in Istanbul, is very meaningful especially for today as a symbol of tolerance. This city has a distinct place in the world not only because it is a city of civilizations but is also where religions meet. Seeing Hagia Sophia and the Chora Museum, with their rare Byzantine mosaics, as well as the mosques, külliyes, tombs, palaces and kiosks reflecting the Osmanlı splendor will take quite a long time; however, we are sure that you will fall in love with Istanbulat the end of this magical journey. We know that it is not possible to cover in a few hundred pages a city which was the capital of three empires. Discovering Istanbul and experiencing Istanbul is a unique pleasure, a unique gratification and happiness. To more deeply share this gratification with you, the book has been re-edited by our author and in this edition it has been enriched with newly taken photographs. Here are the major topics and places we included in this book of ours, which describes in detail the city of all cities - Istanbul - together with the historical legacy, palaces, churches and mosques it is home to: The history of Istanbul, The Byzantine Period, Maiden's Tower, Yerebatan Sarnıcı (The Basilica Cistern), Sultanahmet Square, Dikilitaş (The Egyptian Obelisk), Çemberlitaş, Twisted Column, Hagia Eirene, Hagia Sophia, Museum of Chora, Archeology Museum, the Ottoman Period, Museum of Turkish and Islamic arts, Topkapı Palace, Dolmabahçe Palace, Beylerbeyi Palace, Süleymaniye Mosque, Sultanahmet Mosque, The Grand Bazaar, Bosphorus.
(Tanıtım Bülteninden)