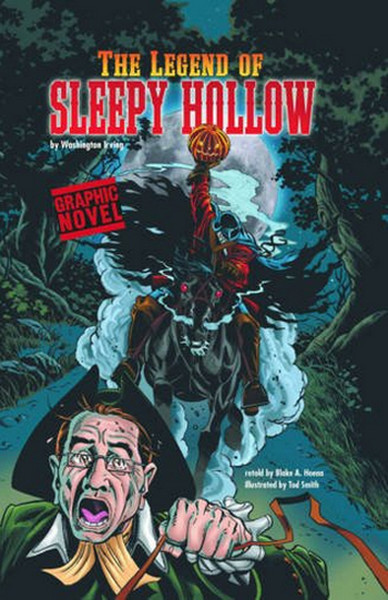 
The story is set circa 1790 in the Dutch settlement of Tarry Town, New York, in a secluded glen called Sleepy Hollow. It tells the story of Ichabod Crane, a lean, lanky, and extremely superstitious schoolmaster from Connecticut, who competes with Abraham "Brom Bones" Van Brunt, the town rowdy, for the hand of 18-year-old Katrina Van Tassel, the daughter and sole child of a wealthy farmer. As Crane leaves a party he attended at the Van Tassel home on an autumn night, he is pursued by the Headless Horseman. He is believed to be the ghost of a Hessian trooper who had his head shot off by a stray cannonball during the American Revolutionary War and nightly he rides forth to the scene of battle in quest of his head. That night Ichabod mysteriously disappears. What will Katrina do, and what does Brom Bones know?