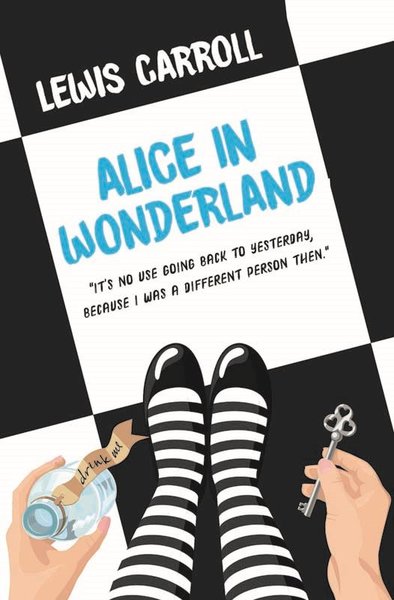 “Who In the world am I? Ah, that's the great puzzle!” ALICE IN WONDERLAND is a novel written by British author Lewis Carroll in 1865 It tells the story of a young girl named Alice who falls down in a rabbit hole into an underground fantasy world inhabited by strange creatures. It is considered one of the best examples of the genre of literary nonsense. The tale merges with logic and gives the story lasting popularity among adults as well as children. One of the best-known and most popular works of English fiction, its narrative, structure, characters, and imagery have been immensely influential in popular culture and literature, particularly the fantasy genre. It's been 150 years since Lewis Carroll introduced Alice in Wonderland, which has become a favorite with children and adults worldwide. Now it's your turn to read the timless adventures of Alice, perhaps the most popular heroine of English literature.