A Short History of Byzantium 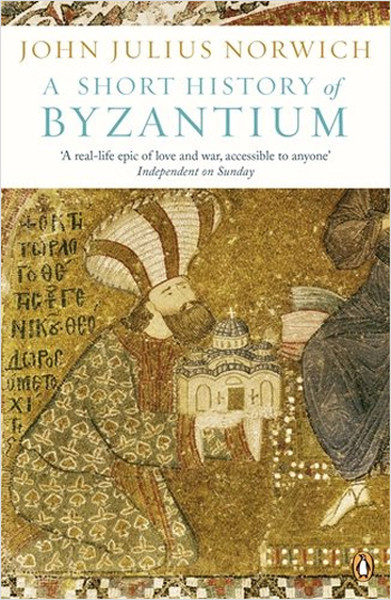 A Short History of Byzantium

Constantine the Great moved the seat of Roman power to Constantinople in AD 330 and for eleven brutal, bloody centuries, the Byzantine Empire became a beacon of grand magnificence and depraved decadence...

Here then are the centuries dominated by ferocious arguments over the nature of Christ and his Church. By knowledge, where scholars and scribes preserved the heritage of the ancient world. By emperors like Justinian the Great and Basil the Bulgar-Slayer - men pious, heroic or monstrous. By creativity, as art and architecture soared to new heights. In this abridgement of his celebrated trilogy, John Julius Norwich provides the definitive introduction to the savage, scintillating world of Byzantium.

'Norwich has the gift of historical perspective, as well as clarity and wit. Few can tell a good story better than he'
-Spectator-

'A real-life epic of love and war, accessible to anyone'
-Independent on Sunday-

'Norwich tells a remarkable story with boundless zest. He offers character sketches of the appalling personages who infest his narrative ... with the assurance of a Macauley or a Gibbon'
-Daily Telegraph-