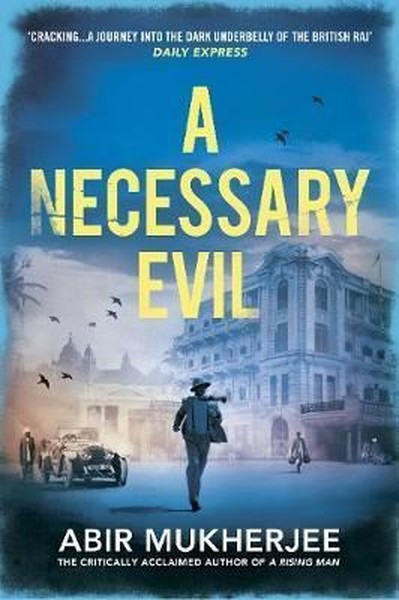 India, 1920. Captain Wyndham and Sergeant Banerjee of the Calcutta Police Force investigate the dramatic assassination of a Maharajah's son. The fabulously wealthy kingdom of Sambalpore is home to tigers, elephants, diamond mines and the beautiful Palace of the Sun. But when the heir to the throne is assassinated in the presence of Captain Sam Wyndham and Sergeant 'Surrender-Not' Banerjee, they discover a kingdom riven with suppressed conflict. Prince Adhir was a moderniser whose attitudes - and romantic relationship - may have upset the more religious elements of his country, while his brother - now in line to the throne - appears to be a feckless playboy. As Wyndham and Banerjee desperately try to unravel the mystery behind the assassination, they become entangled in a dangerous world where those in power live by their own rules and those who cross their paths pay with their lives. They must find a murderer, before the murderer finds them...

'Even better than his first... What is most striking about Mukherjee's novels is his infectious enjoyment of the human oddity of the British in India... Even better is his portrayal of the mix of opulence and spirituality that characterises Sambalpore under its sybaritic but benevolent maharaja... I can't imagine anyone failing to enjoy it.'

'A year ago I welcomed the arrival of Captain Sam Wyndham and his faithful Sergeant... and I am delight to report that his return is every bit as engaging... A story as satisfying and spicy as the very best tandoori.'

'An intriguing and enjoyable crime novel.'