A Journey to the History of Philosophy Vol - 2 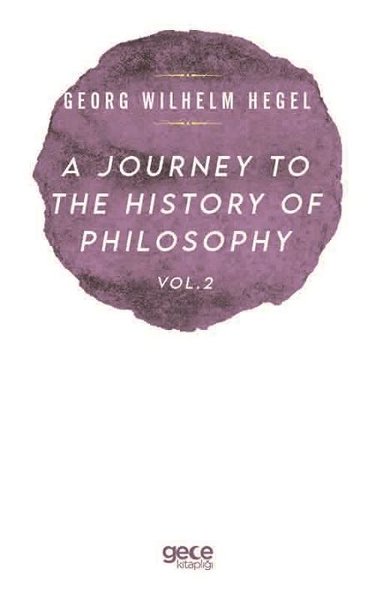 A Journey to the History of Philosophy Vol - 2

A Journey to the History of Philosophy Vol - 2 Kitap Açıklaması

“...We begin with thought, as it is in a quite abstract, natu-ral or sensuous form, and we proceed from this to the Idea as determined. This first period shows the begin-ning of philosophic thought and goes on to its develop-ment and perfection as a totality of knowledge in itself; this takes place in Aristotle as representing the unity of what has come before.

In Plato there is just such a un-ion of what came earlier, but it is not worked out, for he only represents the Idea generally. The Neo-platonists have been called eclectics, and Plato was said to have brought about the unity; they were not, however, eclec-tics, but they had a conscious insight into the necessity for uniting these philosophies...”