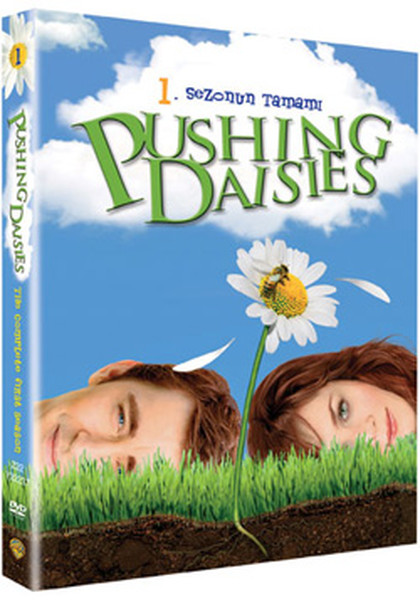 
you’re old like me (I’m 43), you remember when Crayola crayon boxes had a lot less crayons. And you also remember that when a new color crayon was added to the box you oohed and aahed at the amazing color. years later I found myrlf doing it again when the television show Pushing Daisies was introduced.

I decided to watch the season one premiere of Pushing Daisies for the amazing color that I saw in the commercials. I remained a regular viewer of the show not only for the imagery but for the acting and writing. I thought the cast fit extraordinarily well together. I found a lot of humor in the show - in the writing, the performances, the sarcasm and the innuendo. Even the way the narrator (Jim Dale) spoke the date including time and seconds was corny enough to make you laugh.

The main character Ned the pie maker (Lee Pace), had the ability to bring the dead back to life by touching them once. If he touched the dead person a second time they were once again dead. Ned partners with Emerson Cod (Chi McBride), a private detective, to solve mysteries by briefly waking the dead to ask about the circumstances surrounding their death. When Ned brings back his childhood sweetheart Charlotte (Chuck, portrayed by Anna Friel) he loves her so much that he is not willing to let her die again. Rather, they have a relationship with no direct physical contact. Chuck’s spinster Aunts Vivian (Ellen Greene) and Lily (Swoosie Kurtz) eat pies from The Pie Hole regularly but have no idea their niece is alive. Meanwhile Olive Snook (Kristin Chenoweth), who works for Ned and is crazy about him, suffers the pain of loving someone who loves another.